The Barlow Jap makes it's Debut

I no longer have to be concerned that I have the sole responsibility for maintaining the Barlow Jap variety. It has hit the mainstream tomato scene to a rave review. Last year someone from the IDigMyGarden forum asked me for some of PaPaw's seeds. He, in turn shared them with a couple of friends, one of whom collects specifically Kentucky Heirlooms. The other person he shared them with is my friend the tomato fanatic known as "camochef". Camo grows nearly 200 plants of more than 70 different varieties. This year the Jap was the last variety on his list, being a new gift and something interesting to try. It is variety #72 for 2009. Camo lives for tomato season. He has more varieties of sea salt and dressing for tasting tomatoes than I knew existed. Then, he taste tests and reviews each variety and rates them in order of preference for the year. Here is what Camo has to say about the Japs...

Barlow Jap-72
Ok, here we go again with another great tomato that few are going to know. It's the first of three new to me varieties that I tasted today. Its a pink Oblate. I picked two. One was 13 5/8 oz. or 386 grams, the second was 9 5/8 oz. 0r 274 grams. As you can see from the pictures this was a very meaty tomato. Really solid with a great taste, initially tart but adding a touch of Pink sea salt, brought out the sweet overtone which it's full flavor contained. A little zatarain's creole seasoning takes it to a whole 'nother world! It had a very thin skin, Which is something I look for, and almost no core at all! Another quality I favor! It was a very tasty tomato! Right now I'm thinking it falls next to the Cowlick Brandywine with taste, but I'm gonna hold off until I taste a second one before deciding if it goes before or after the Cowlick! Either way 4th or 6th... its a really good tasting tomato.

Thanks for the seeds for this one. It's a keeper! Really great tomato with the weather we've been having, its kept its tomato taste, not the least bit watery, not sure how it will do under drier conditions. I wanted to tell the story of its history, but was afraid I'd mess it up. Perhaps you or TooManyTomatoes could share it with us. As far as seeds go, I'll have enough to send some back if yours fail. I only have the one plant, but its got a few more ripening! Thanks again for a great tomato, and for sharing it with me! 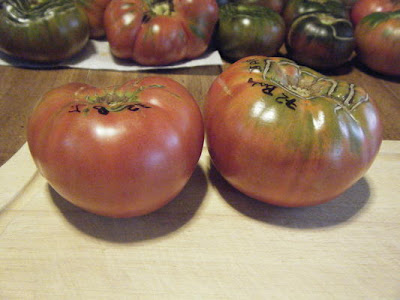 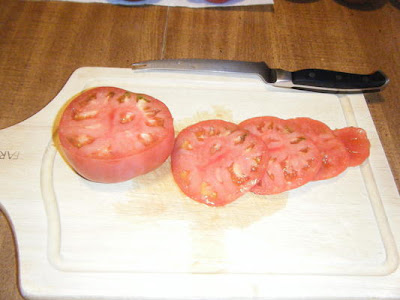 So now the Japs are out there and will be traded and grown by tomato fanciers and I'm sure their popularity will grow over time. Now that I have encouragement and a good review, I plant to send some seeds to Gary at Tomatofest.

Looky Looky what I've got! This is the addition to my chicken coop. It's 8x12 with 2 windows and a 9 lite door. This will replace the sorry hand-me-down "outhouse" that I have piled my garden equipment in for the past 5 years. Hooray! My husband keeps his yard tools in the coop, so those will be moved to the garden shed part, leaving the chicken coop for strictly chickens and chicken supplies. 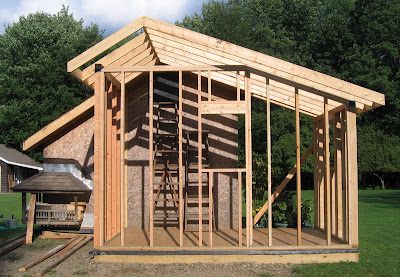 This is the view from the front of the coop. Those double doors will probably be replaced with an insulated 9 lite door, since the coop is insulated, and those doors are saggy and heavy (yet quaint). The door to the garden shed will be to the left behind where I now have my pots of tomatoes and eggplants. 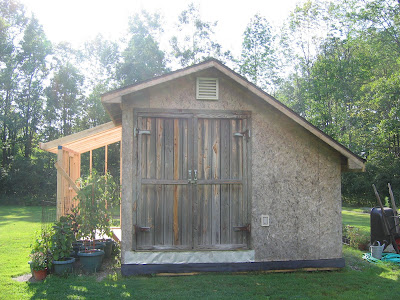 I think we'll replace the horizontal window in the coop with a regular double hung to match the garden shed. 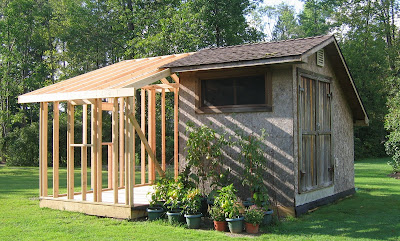 This is the back view of the "chicken porch" where the chicken run will be. My chickens used to sit along the rail on their little porch. There were always more chickens wanting to be on the rail than there was room. One would fall off one end, then run back around to the other, bumping the next hen off, and so on and so forth. 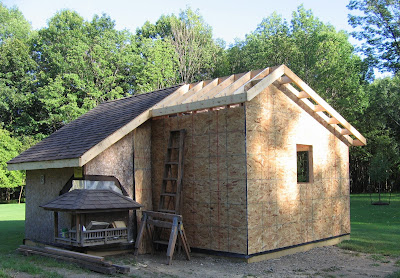 I haven't blogged much this growing season, because... well, not much has happened. The artichokes were a success, and fascinating as a perennial, and I have some started for next year. 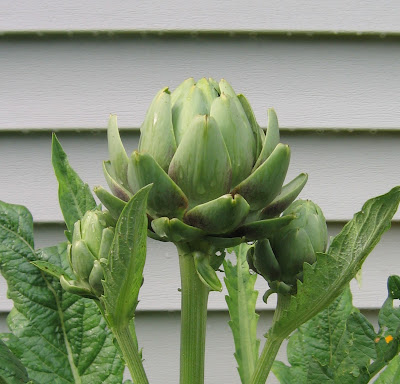 I made a pesto dip for the artichokes. I didn't like it much. I preferred it as still life. 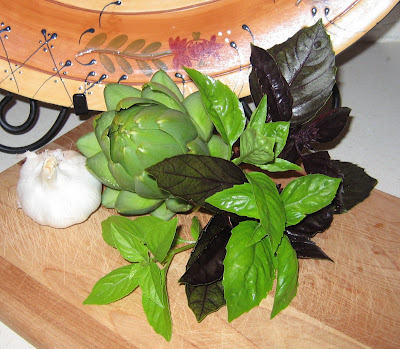 This was my best year for onions ever! These are Walla Wall, a gift from my neighbor, which were planted at Mom's house. Thanks Mom! And some elephant garlic which was also a gift from a friend and lived in a whiskey barrel in the perennial bed. They were a disappointment, but still much better than my last attempt. I don't use much anyway, so this will be replanted. 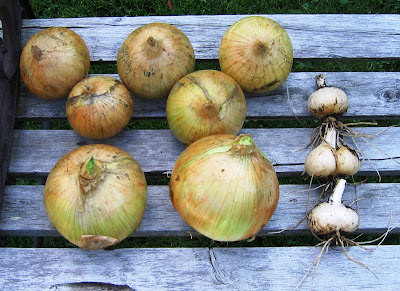 Sweet Pickle Pepper plant that I grew strictly as an ornamental... doing it's job. 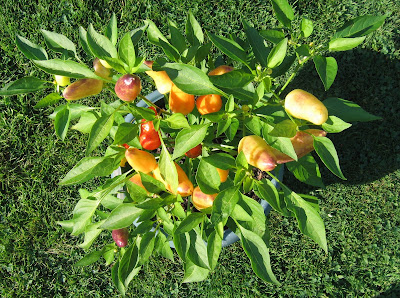 This was a banner year for eggplants. Last year I got 2 off of four plants. This year each plant has upwards of 6 each. They're so pretty. These are Prosperosa. I'm still sad my Round Mauves didn't germinate. Next year I will buy fresh seed. I got a lot of tomatoes, but the plants look so ratty, I haven't taken photos. I will take some pictures of the actual tomatoes (although that delays the actual eating of them, and I still haven't had my fill!) 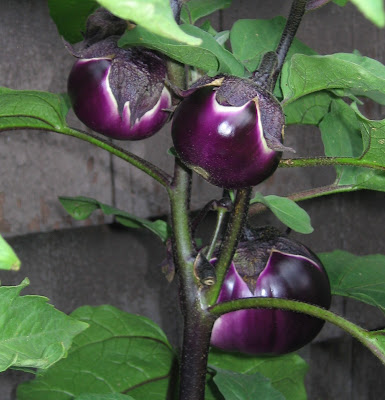 It was also an excellent year for blackberries. I've had so many, I've even decided to share a few. Look at his little left hand reaching up! 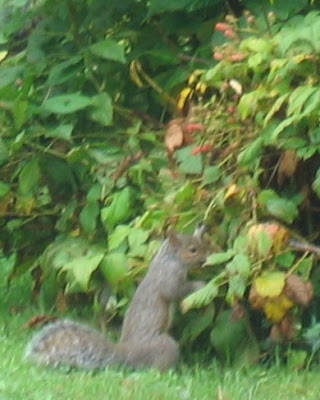 Posted by SmartAlex at 12:00 AM No comments: