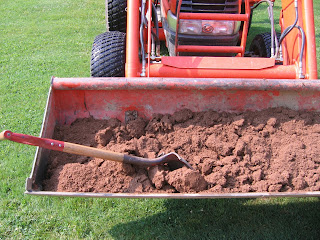 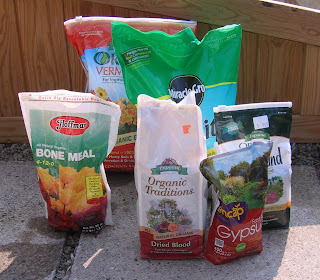 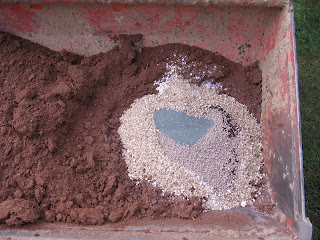 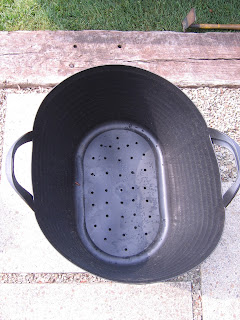 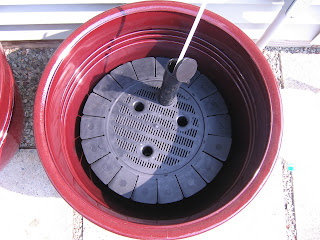 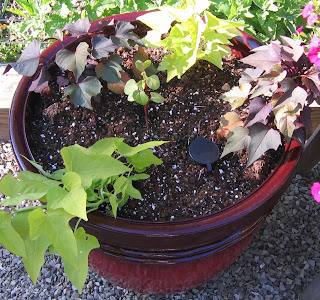 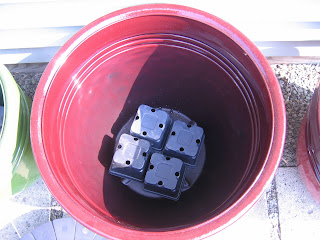 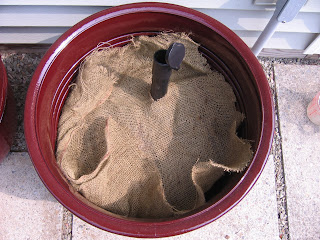 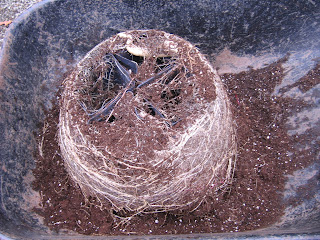 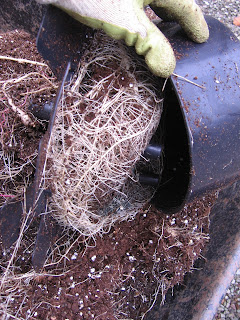 The roots masses I generally throw into the compost pile.  The soil which appears used up, I dump into my raised beds.  The high percentage of peat and compost serve to lighten the dirt that I filled the beds with to begin with.  There will always be a “dead” spot somewhere in your beds you think could use a little help.  I dump the used soil there and cover with a thick layer of compost so it will be ready to go in the spring.
Posted by SmartAlex at 6:42 PM 1 comment: