I had lost interest in tomatoes.  I had particularly lost interest in canning tomatoes.  I just don't use that many of them and its a whole lot of work and mess.  So what was I going to do with all the rag tag odds and ends of tomatoes?  You can only eat so many BLTs.  And then, on a horse chat site, of all things, someone suggested Bloody Mary Mix.  Well why didn't I think of that.  Despite the fact that Tim doesn't like raw tomatoes, and things made with tomato sauce bother his stomach, he still manages to choke down a Bloody Mary most Sundays.  His favorite is a sweet, (pricey) gourmet variety marketed by long time friends of ours.  I prefer a spicier, less sweet version.  Now I can adjust it to suit us both.

I had all the ingredients except for the Banana Peppers and Ginger Root lurking around the house.  I got the peppers at the farm stand and skipped the ginger.  This recipe is a visual feast from the assembling of the ingredients right down to the part you put it in the blender and turn in into pulp.  This was fun and easy to make, and even more fun to consume.


Thus armed with a Bloody Mary, I embarked on a pickle adventure.  I have been getting the nicest cucumbers in years.  I credit the blood meal and the hard work of my bumble bees.  My pickle planning is improving with experience.  I figured out how to keep the jars hot from beginning to end (have an empty stock pot handy and bail the boiling water from the jar sterilization pot as you fill.  Set them right back into the hot water in the second pot) and I ended up with one extra jar and two cuke slices that just wouldn't fit in that last jar no way,  no how. 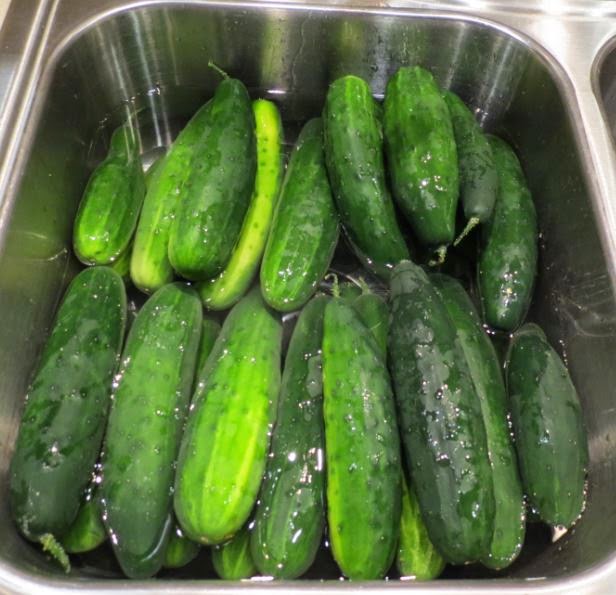 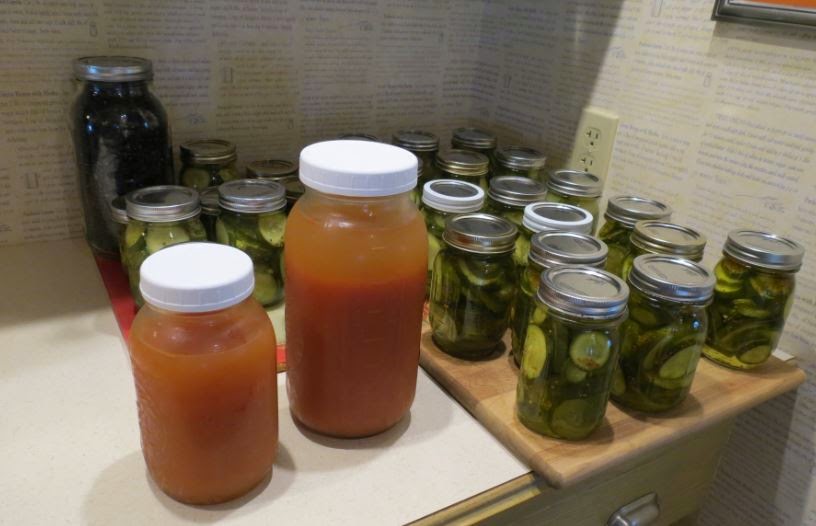 So after it was all said and done, I have quite a nice little pile of produce put away.  It felt like an accomplishment.  Then tonight I went out to the garden and picked a dozen more large cucumbers and half a dozen tomatoes and I'm right back where I started.  And as soon as the second bed of black beans shakes off all this rain I'll be shelling another 2 quarts of those.

Posted by SmartAlex at 7:34 PM