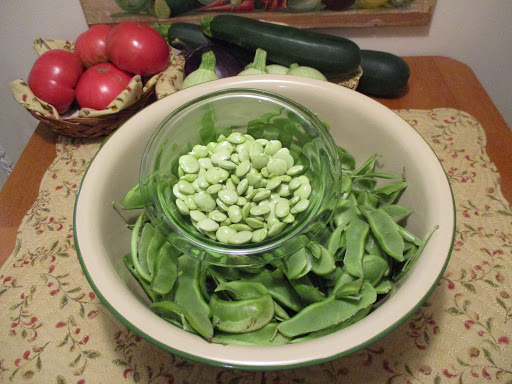 I am a complete newbie at growing lima beans.  It has been at least 30 years since I even ate limas.  I've never grown them, never picked them, never shelled them and never cooked them.  I have a big learning curve when it comes to shells to yield, maturity and cooking. 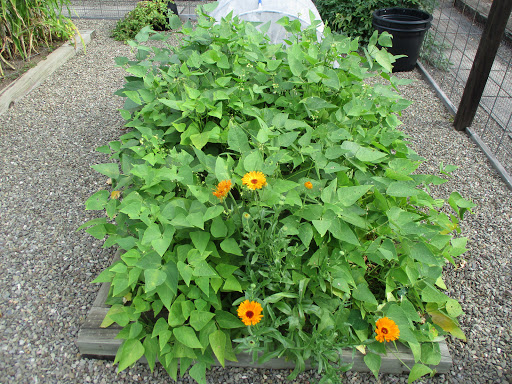 The plants themselves are growing just great.  At this point in the year, each plant had half a dozen mature pods down close to the ground. 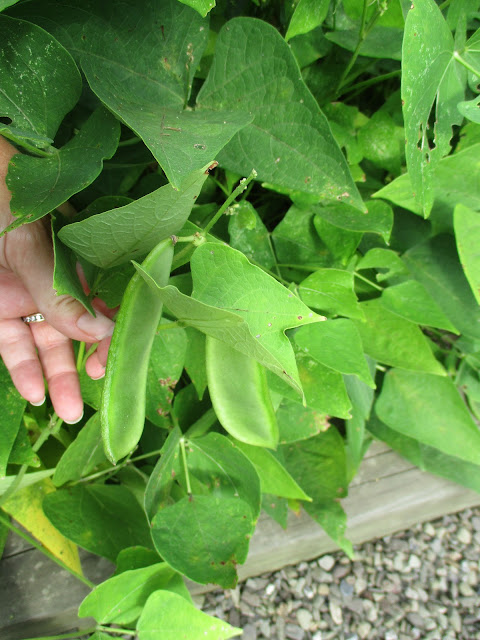 And they are still blooming and still setting pods.  There are no in between sized pods.  Its like they took a break during the hot weather and the blooms from that time period came to nothing and fell off.  The past two weeks they are back in production. 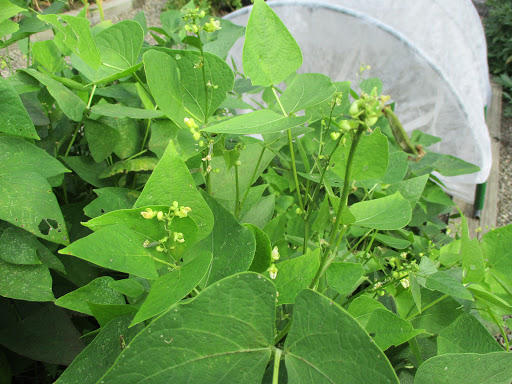 They are supposed to be ready to eat when the pods begins to yellow.  Once it begins to yellow there is a subtle change in the bulge as the bean grows, and the dryness of the shell.  That's where the learning curve comes in.  You don't want to miss that mid-size sweet yet plump stage and move on to the starchy dry stage.  Another thing I wasn't sure of is - what does a double portion of beans look like in the shell?  I took a guess and erred on the side of leftovers. 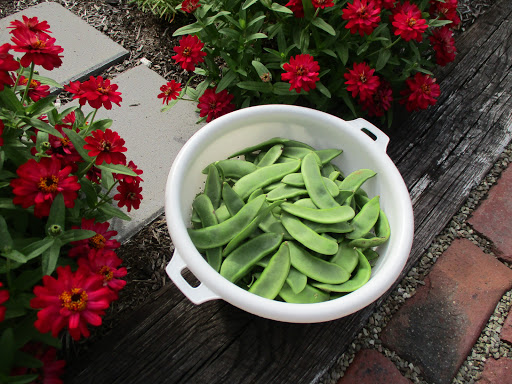 The wonderful internet full of knowledge came up short on how to shell baby limas.  All of the narratives and YouTube videos pertained to mature beans in dried pods.  The only instruction I found was to press along the inner curve and pop the shell open.  This doesn't work and I knew from my garden experiments one pod at a time that this doesn't work.  Maybe on just the right stage of maturity, but I am not experienced enough to know what just the right stage of maturity is.  In my mind I decided the best route was a sharp pointed paring knife and a wooden cutting board. 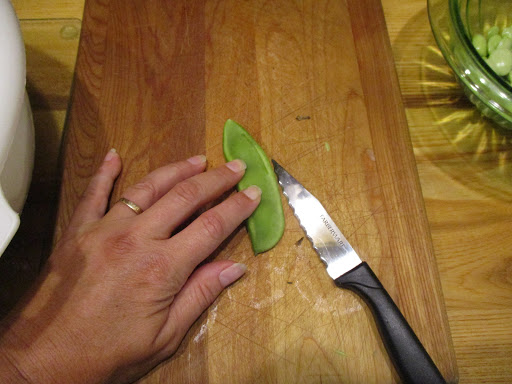 This turned out to be a good solution.  I just sliced the outer curve off and used that opening to wedge the shell open. 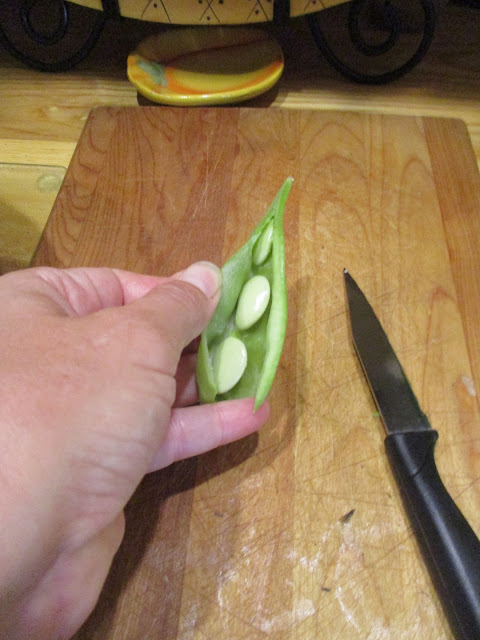 I followed this Recipe as a benchmark, because you reach a certain age where recipes are merely a suggestion.  Unless you're baking fine pastries, then you listen to the voice of experience.  I cooked my Limas for 12 minutes.  OK, 11 and a half because I'm impatient.  And I like my veggies to taste fresh.  Because honestly - 30 minutes?  Are you people crrrrrazy?  Yes, I know my MaMaw cooked her Kentucky Wonder string beans all day but...
I added a good dollop of butter and some coarse ground black pepper.  I didn't try the ketchup as I was raised to do.
And I thought they turned out really good.  My husband ate them despite prefacing it by saying "Don't give me much because I don't like limas."  At least he didn't take a bite and then offload his portion onto my plate like he does with broccoli.  I always take that as a vote of approval. He is game to at least try anything I've grown at least once. He told me over supper that his mother combined limas with ham and made a casserole. So it is not ironic that I chose to serve ham as our main course.  When adding up the components of lima beans, potato salad and fresh sweet corn, a slice of ham seemed like the logical choice.  I guess I was right
Posted by SmartAlex at 8:03 PM