Just the other day it occurred to me that rarely use my hod anymore.  I use it now and then, but I have not used it yet this year.  That sort of made me sad.  I haven't had a hod full of anything yet.  Which doesn't mean we aren't eating well.  I guess it just means I've planned well so I have the right amount when needed. 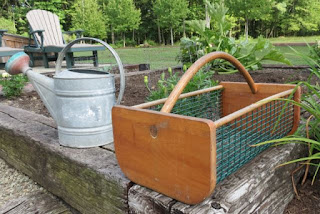 The hod is great for carrying potatoes.
It is virtually indestructible and up to any weight I can carry. 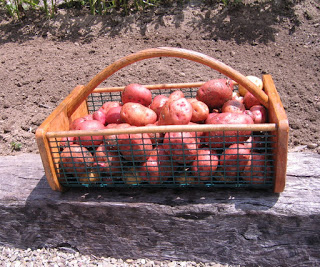 A hod full of cucumbers makes a nice batch of pickles. 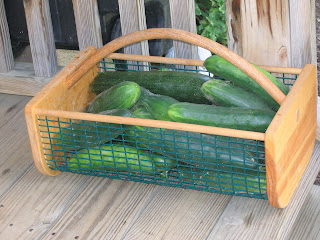 A hod full of the biggest ugliest tomatoes you can think of makes great tomato sauce. 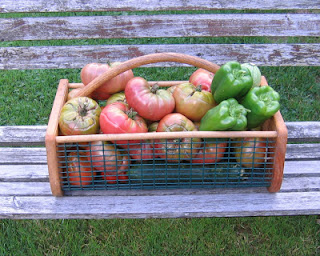 I admit I still get a twinge of jealousy when I read on Facebook that one of my friends has picked a bushel of green beans.  But then I think:  Gee, I'm glad I don't have to deal with a bushel of green beans!  That's a lot of work.  All I need today is a handful.  But still, embarrassing levels of abundance is appealing to a gardener.  "Whoops I accidentally grew enough to feed a village" 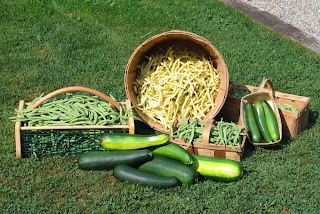 Yesterday was Gardencatchuponmaintenance Day.  Down came the peas, out went the tired potted plants.  I pulled the old zucchini plants because I had nice juvenile plants to put in their place.
They have been supplying everyone with plenty of zucchini but were starting to ramble and not blooming much. 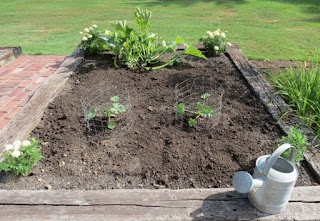 I put wire fencing around each  transplant which keeps the deer from doing drive-by-tastings while the plants are small and vulnerable. I did keep one of the old Dunja plants... 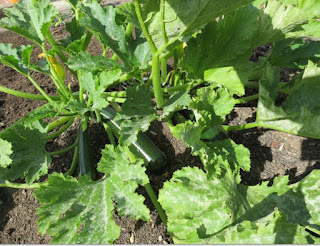 ...because it has 4 beautiful young squash just ready to pick.
And more blossoms coming. 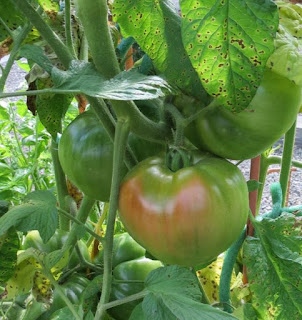 The tomatoes are just beginning to color. 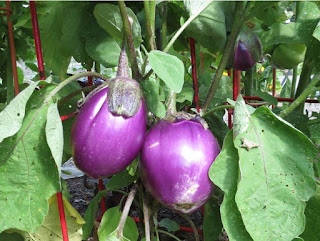 And we are no longer waiting on eggplants.  We have lots. 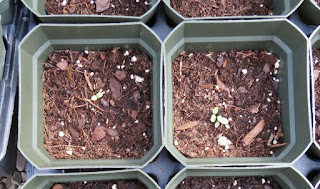 There are also luscious little lettuce babies.
So I figured, this morning I would go out with my Hod and fill it up.  You know, just to prove I can.  And the first thing I saw when I reached the garden was...

Those little F---kers  why do they have to make such a mess!  We haven't had coon problems since the incursion of 2012 (ten coons one opossum and we also scared the crap out of a feral cat) but obviously their population needs another reduction.  I see signs of them now and then.  This year they climbed over the fence and ate the first second planting of zucchini seeds (I replanted and grew those nice young squash I just transplanted).  So they've been around but losing a few seeds now and then don't raise my hackles too far.  I just replanted and stuck the puts under the strawberry cages.
But this.... 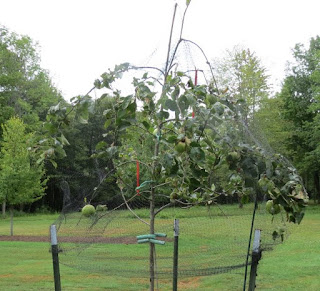 We also have to watch out for deer in the unfenced areas.  They trample through the landscaping and along the garden walk about once a week, but don't bother much.  However yesterday morning I came out to find the lower leaves of the special apple tree munched off, and two of the lowest apples just dripping with deer spit.  Fortunately, these Northern Spy apples are too large and too hard for easy eating.
But nevertheless, I wrapped the tree in netting to deter further molestation. 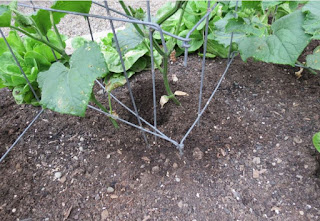 But what I wasn't prepared for was an all out attack from the coons.  After they plowed and upturned the squash bed, they also climbed into the garden and groped around under all of the young cucumber plants... 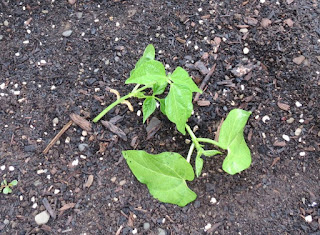 ...sat on some beans with their big fat coon asses... 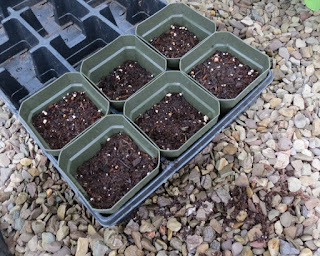 ...and felt up some lettuce babies.
Yes I feel violated!
Now don't worry, all the plants are fine.  I unearthed the zucchinis, stood the beans back up and put all the soil back where it belongs.  I know the coons are just looking for grubs, but I can't have that level of destruction every night and it's only a matter of time before they're destroying tomatoes. 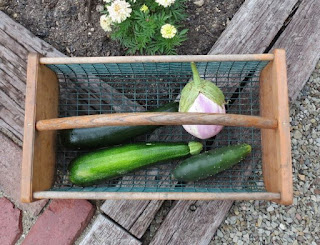 And then I picked a few things but I was too distracted to really fill the hod.  This is much nicer than taking in an armload of prickly cucumbers or dropping the zucchini three times before I get to the house.  I guess I'll have to keep the hod handy.
Posted by SmartAlex at 8:27 PM