June in the garden is boring. Really it is.  All I have to do is weed and water. It has been exceptionally hot and dry so there has been a lot of watering and not much weeding. 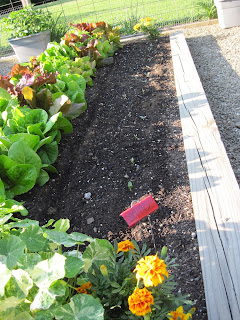 The second planting of cucumbers is seeded 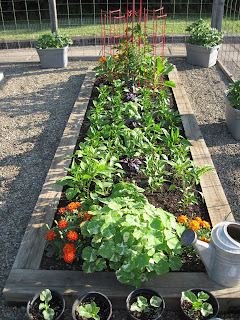 The pepper bed is thriving 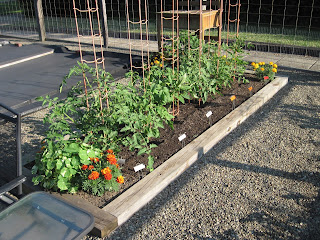 Tomatoes are doing well.
I planted bush beans along them and those are just popping up today,
Cherry tomatoes are setting fruit 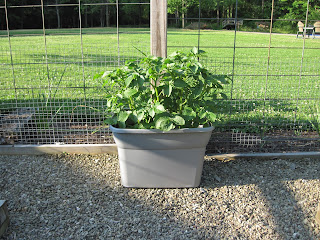 I only did potatoes in containers this year.
They appear to be a success, 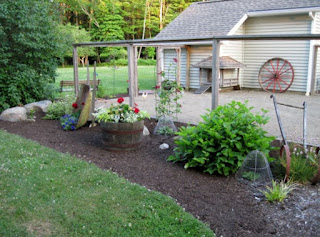 And because June is so boring we've planted other things to take care of.
A whiskey barrel and the useless wheel barrow has replaced our dying birch tree. 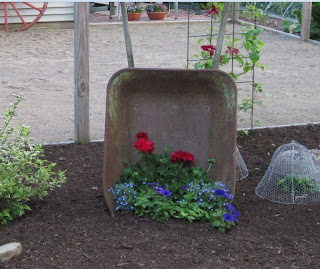 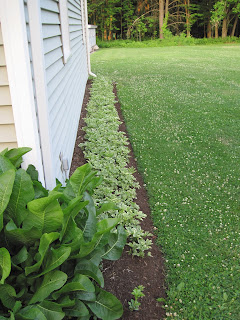 We got tired of taking care of the perennials on two sides of the house so we dug them out and found them a new home.  Then we replaced them with six hundred ground cover plants.  That was a long day.  But they look very nice and we will not have to mulch around them or dead-head them or cut them back in the fall.