Too Much of a Good Thing ~ Cucumbers

The garden is looking fantastic and I can't say otherwise.  Yes, it has been a tedious month or so watering just about every single day but it has paid off.  This past Sunday we got a nice round of three good rainfalls that gave us another two inches and we are almost at four inches for July which is manageable and the lawns are starting to revive.  June was rough though. 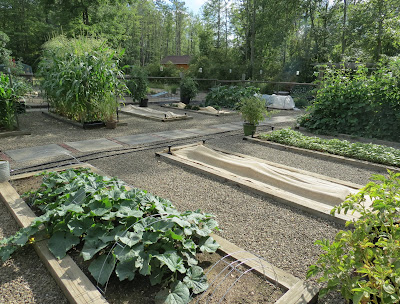 The cucumbers did very well.  Yesterday was Pickle Day.  I canned 12 pints of bread and butter slices (last year was dills) and put the leftovers away as refrigerator pickles including two pints of dill spears which I am looking forward to.  The pickles took up all of the ready pickling cukes and the slicing row has been over running us to the point that I have been giving them away.  The first flush is over and the vines still looked good with a lot of flowers but I was done with them.  They had served their purpose and the pickles are in the jar.  It was sort of a luxury to pull cucumber vines that were still healthy and not diseased and crumbling into powder. I still have the Burpee Salad Bush plants.  The closest plant in the foreground is a few weeks behind the others and not producing yet.  These should keep us in munching cucumbers for another month or so. 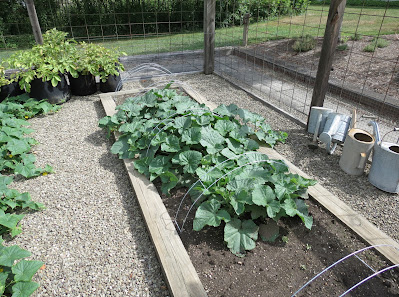 The leaves of the other rows were just starting to shows signs of mosaic virus but it would have been a few weeks before they failed entirely.  Just as well to get them out so they don't pass it on to the salad bush that I wanted to keep. 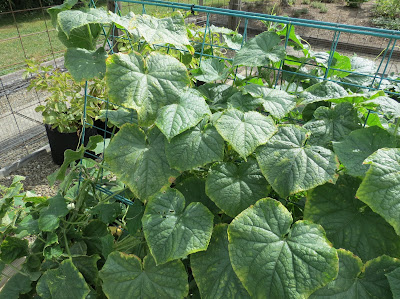 I have a few later plants of salad bush tucked away elsewhere with the new strawberries. 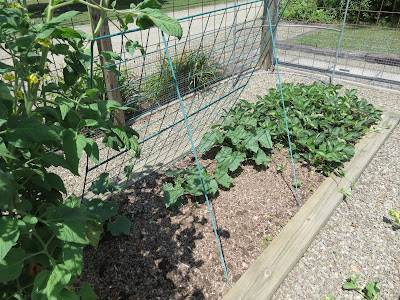 Yup, the cucumber jungle is gone!
Buckwheat is planted in its place and covered to keep the birds out. 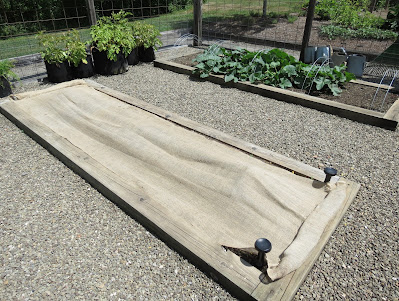 Another good reason to get the old vines out is to protect the cantaloupes from diseases.
Look at those vines go! 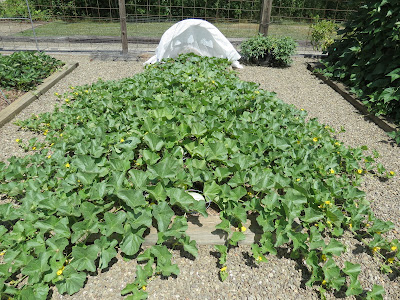 I have seven or eight good sized fruit developing. 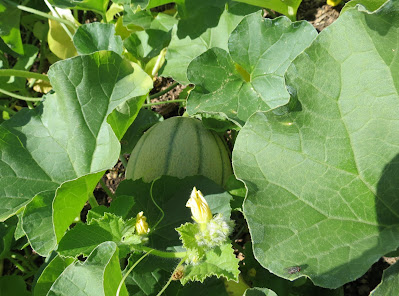 And lots of little tiny ones. 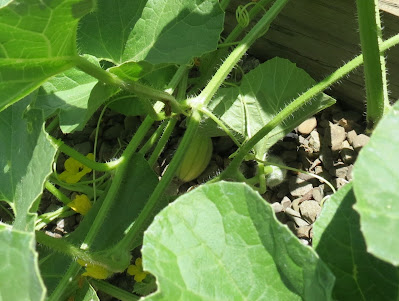 The last two times I attempted cantaloupes they didn't amount to much so we are very hopeful for this crop. 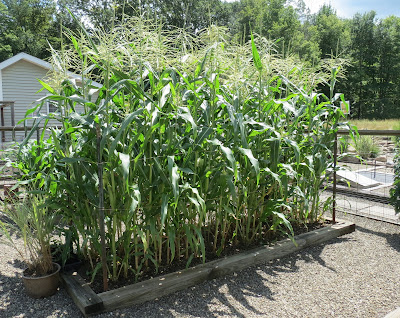 The sweet corn is in the pollination phase.  Last July we had rain like 14 out of
16 days in a row right in the middle of pollination.  That made for some really ugly ears but I still filled the freezer. 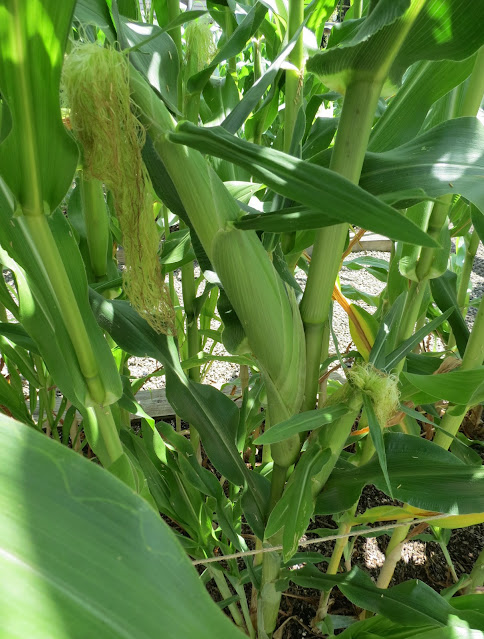 This year I am hoping for some pretty ears to eat and share. 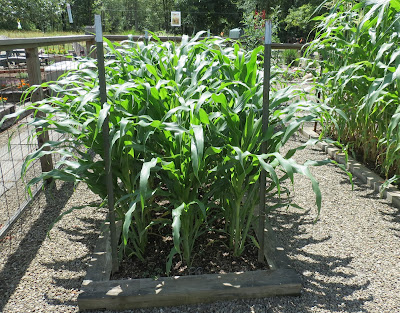 The second planting is doing well to.
My annual flowers are also looking great despite not being watered at all through the dry spell. 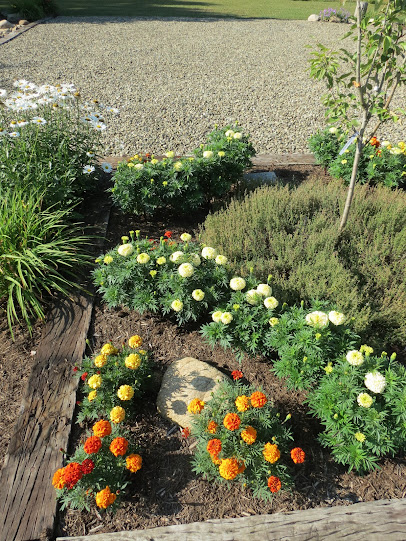 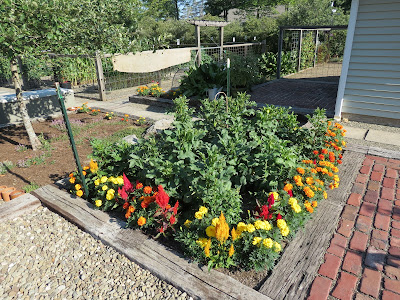 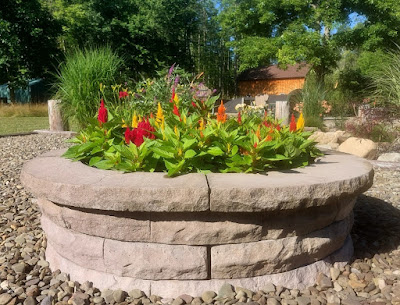 Last fall I ordered these Rudbeckia Sahara.  I am really pleased with the range of color I got.  I couldn't have done better picking them in person. 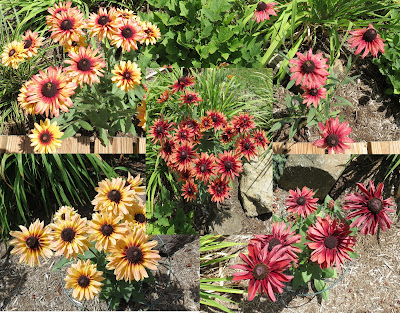 I love the ruffly "double" flowers.  The blooms in the upper right looks very close to traditional echinacea but the others are pretty unique.  These will need to be reseeded to establish.  They do not spread by roots and may not be hardy through the winter.  Many people grow these as annuals but I am hoping to get them established as perennials or biennials.
Posted by SmartAlex at 6:13 PM