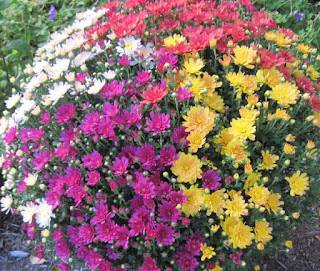 Usually by August I am longing for the end of the garden.  But this year has been cool and pleasant so things haven't burned out as badly as usual.  I cut back so much I'm not tired of watering and preserving.  I've been able to easily keep up with deadheading and maintenance.  Mums are blooming.  I'm still enjoying gardening and not longing for frost.  If something get's too raggedy to manage, I just pull it out or chop it down and move on!


Most people are saying this isn't a good gardening year.  Well, it hasn't been a great year for tomatoes but I still have too many and everything else is doing fine. 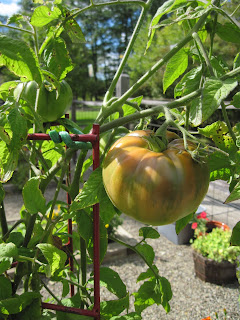 Some things are worth caring for all summer.  The Nasturtiums look pretty bad by late July.  But it you clean them up and trim them back - then ignore their ugliness for awhile - they will have a nice second season in September and October.  Mine are just beginning to bud again

This month all of the news headlines have been about hurricanes and fires.  Harvey nearly wiped out Houston, and Irma is moving into south Florida right now. It seems that the entire Pacific Northwest is on fire.  I can't imagine trying to garden in such extreme climates.  I look around and count all of the things I would have to tie down in preparation for a hurricane.  A cold frame, wheelbarrows, planters, likely lawn furniture although ours weighs a ton.  We did have 60 mile an hour winds this week, but it was only for about ten minutes, and resulted in a lawn full of leaves and twigs.  The green tomatoes took a bit of a beating and some have been dropping in the days after the wind.

We live in western NY, and whenever we say that, people think of Buffalo winters.  I think the American psyche was permanently damaged by the blizzards of '77 and '78.  But that isn't what our climate is all about.  We really are not that much further north than the Mediterranean, and the Great Lakes moderate our weather.  When asked to describe our climate I just list the things we do not have:

Now and then we will have a tornado or some localized flooding but those only affect dozens or hundreds of people, not thousands.  Lately our winters have been mild.  Sure, we can get three feet of snow over night, but if you shovel your roof things will be OK.  Snow in general is much less damaging than hurricanes, forest fires, earthquakes and floods.  I can't imagine working all season for a nice garden then have it wiped out by floods or fire or something as simple as hail

There is one more garden season for us.  We do not do much fall gardening, no peas or cabbages, but we do lettuce.  My lettuce babies are growing and waiting for the zucchini to vacate the garden bed up by the shed where they will be coddled until December when they will finally stop growing or finally be frozen out. 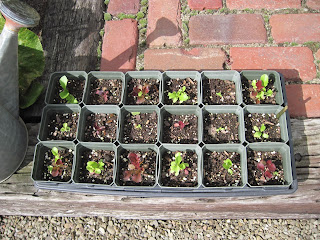 We will enjoy the autumn colors until we have put everything to bed for winter. 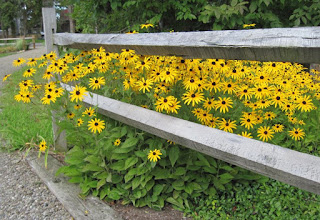 Posted by SmartAlex at 9:19 AM