A Busy Day and Whatnot

Today our friend Bob brought his box scraper over and did an excellent job leveling the finished portion of the... I don't know what we call it... the meadow?  Its going to be a meadow I guess. 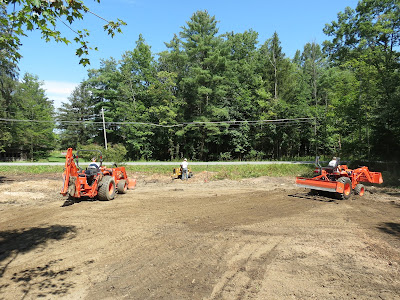 I relocated my hoop cover from the bed that had the cauliflower and now has buckwheat over to my fall garden bed with the bush beans and cabbage.  You can see in the background that the sweet corn has been run through the chipper shredder and been reapplied as mulch.  I never mentioned it again, but despite getting very few ears overall, both varieties ended up producing very tasty corn.
As long as I picked on a hot day. 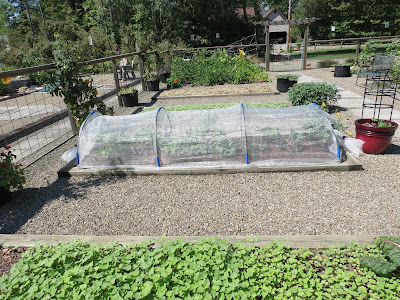 Looks like it is string bean season under there again.  The plants took three weeks off and are now producing as well or better than they did in July.  I pulled the scraggliest plants and they look pretty decent again.  We're having beans for supper along with our own russet baked potatoes. 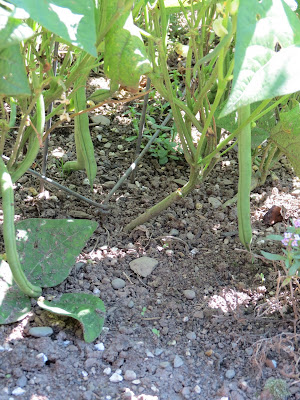 The cucumber plants are fairly ugly but I haven't had to go in there with the shears again and they are producing fine.  In a few days I will have built up enough cucumbers for my main batch of dill slices. 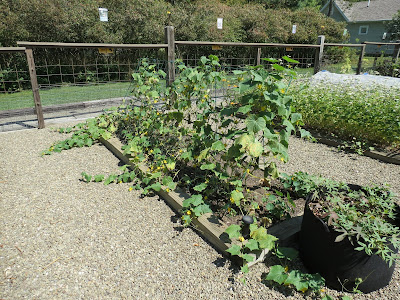 The tomato plants had to be trimmed but they still look OK.
This is the Carbon plant still producing nice big tomatoes. 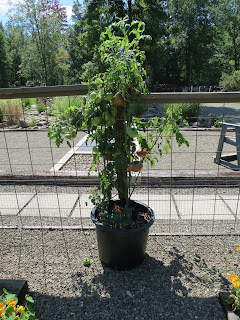 The blue Clematis Shrub is flowering 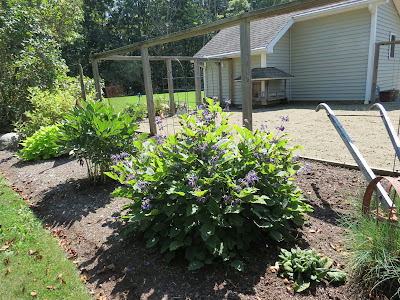 The Clematis Vine is looking nice and beginning to put out buds. 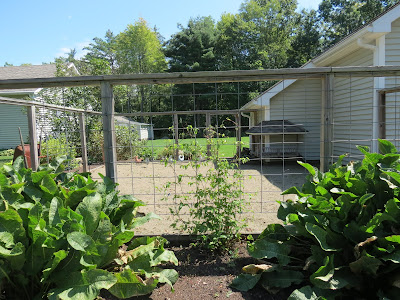 Today wasn't so awful hot and it was nice to putter around the garden.
Posted by SmartAlex at 5:01 PM