reTired = Tired All Over Again?

It's August and the garden is tired.  I'm a little tired myself.  I think the definition of re-tired must be Tired Again.  I've been retired now for four months.  I drink less, I swear less and I snack less.  I've lost ten pounds, but my feet were killing me.  I had to buy new garden shoes to keep my feet from hurting because each morning it was becoming clearer what a great evolutionary accomplishment walking upright on two legs can be.

This determinate Patio Choice tomato has done its best and is starting to burn out.  I am on the verge of picking it clean and dumping it.  With determinate tomatoes - when they're done, they're done. 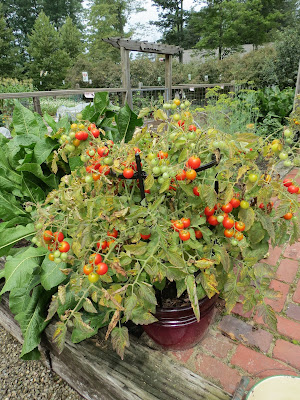 The apple trees are looking tired with their branches heavily weighed down.  The apples are just beginning to ripen.  I use the early dropped apples for dehydrating because the tartness is actually nice. 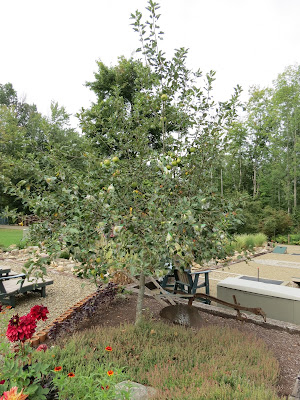 The potatoes were tired out, so I cut them back and moved them over to cure.
The bed is replanted in buckwheat. 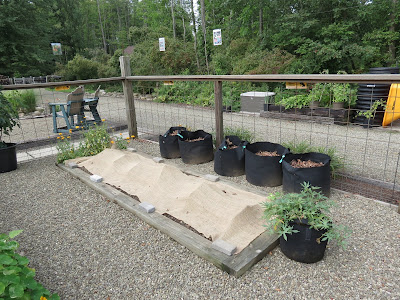 The beans are tired.  About once a week I can pick enough for supper.
The bush beans are beginning to bloom again. 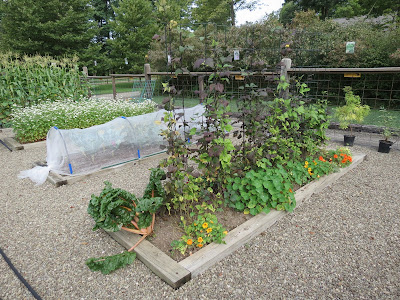 As with any season, some things are rejuvenated instead.
These Sweet Allysum went to seed in late July.  I trimmed them back and fed them and they are blooming again. 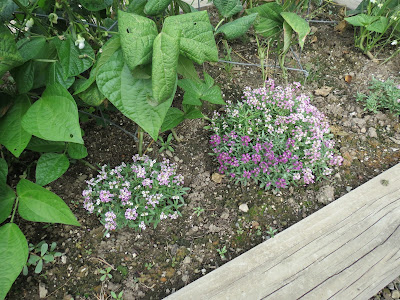 The Clematis vine also gets the cut back and feed routine and is on its second growth.
By mid-September it should be more beautiful than ever. 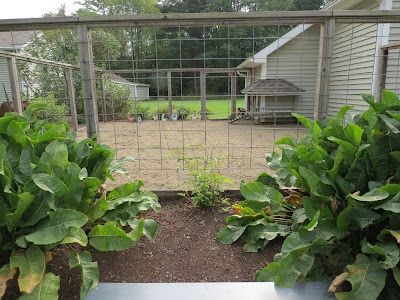 I've never tried summer squash this late. I ordered some Clarimore seeds for next year on sale, and couldn't resist trying them.  I pulled failed cantaloupe vines out of this pot and it was crying out for a good use.  After all, it was all set and ready to go. 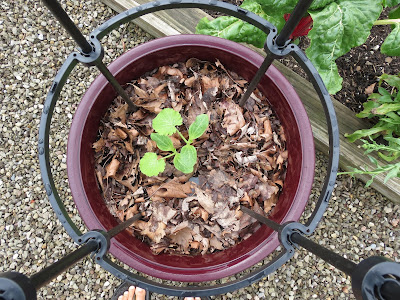 I am finally getting cucumbers.  They are pickling cucumbers, but until they hit their stride and put out enough for a batch of pickles, we will use them on salads.  I had to go through and trim a lot of leaves because of what looks like Anthracnose.  It IS August after all. 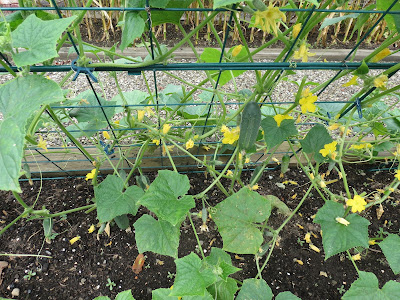 The slicer tomato plants are doing fine with little disease.  This is the Carbon plant.  I really like this tomato is the tomatoeyest tasting tomato ever.  Really.  It tastes like tomato juice.  In a good way. 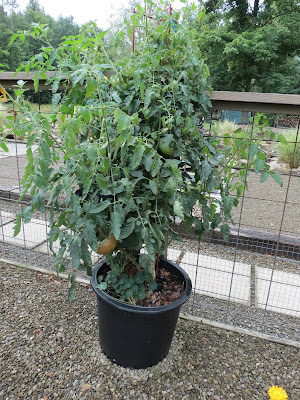 And a parting shot 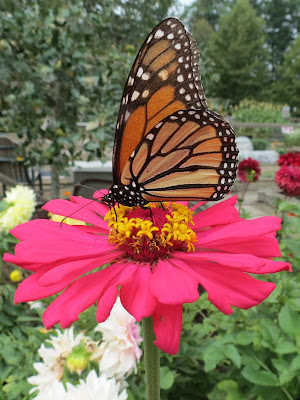 Posted by SmartAlex at 7:11 PM