The By Products of Gardening - Venison Jerky

The closer you are to your gardening roots, the more you see things in the natural world which you can harvest.  There are leaves to harvest for compost.  Wild apples to harvest.  Rosehips to harvest. Deer to harvest... 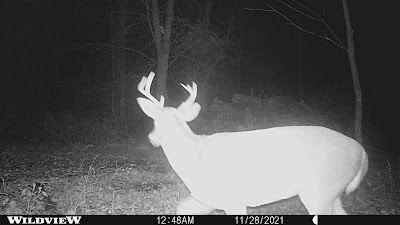 We live in the country less than half a mile from the city line.  This situation creates a comfortable haven for whitetail deer.  No one hunts them because the houses are too close. Natural predators like coyotes are discouraged.  Food is plentiful because of all of the nice landscaping.  I grew up in the country, surrounded by dairy farms and we never saw deer.  They were out there.  My grandfather hunted.  They just didn't come up on the porch and peer into the windows.

The deer are bold.  They have no fear of humans.  Almost every night they come through and taste something.  Anything new, like fresh soil, must be examined and tracked up.  They will walk right up our steps and across the deck.  Because, obviously, it would take too much effort to, you know, go around.... 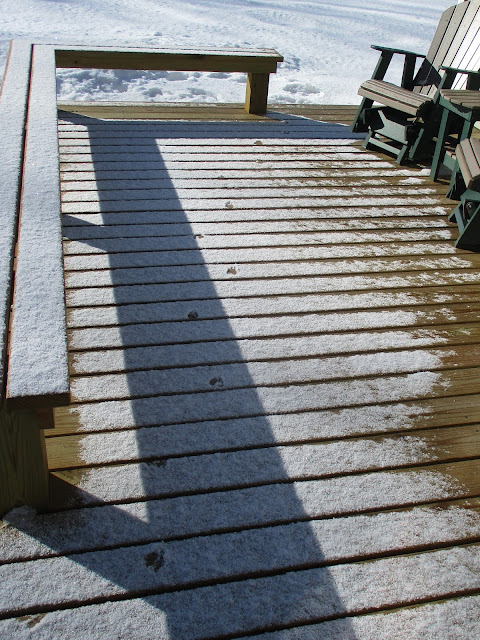 So we hunt them. Vigorously.  My husband and I do not hunt personally and we don't particularly care for venison, but we have a friend who hunts with a bow so he can safely shoot here near the house.  He installs and monitors many cameras beforehand and has four tree stands and one raised "cabin" set up. There are plenty of people who will take venison but do not have the patience or skill to go out and get it themselves.  Over the past few years he has made a nice dent in our deer population.  Any meat he does not use himself or give away to friends gets donated to the soup kitchen.
This is our second year for the food dehydrator.  We bought it to deal with the bushels of apples, but this year have decided to try our hand at jerky.  So we finally asked for some venison.  We bought a LEM Jerky Canon which works pretty neat.  We can make slim jims with it too. 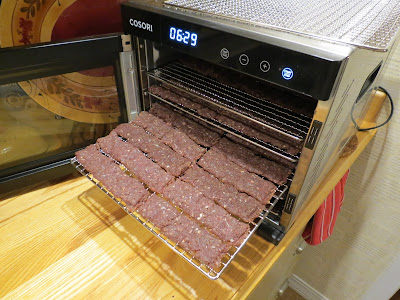 It has been fun having the game cameras set up so we can see more of what is coming and going around here when we're not looking.  We see a lot of deer, of course, and also turkey and more rarely a red fox or the fisher cat.  This year I took things a bit further and set up two game cameras around the garden.  That way I would know if and when the racoons and such were casing the joint.  Throughout the year there was surprisingly little activity immediately around the garden.  The deer visited the apple tree a few times until one of them discovered the electric fence.  After she zapped her nose she stayed away from the garden.
There were a few other visitors of note

The woods cameras set out by our hunter friend yielded a lot more interesting specimens.
And then just last week
We know there are bear that come through a few times a year.  Last year there was a nice set of prints across the dahlia bed.  I will sometimes see footprints in the gravel drive or find saplings broken down.  But we don't feed the birds or have garbage cans outdoors so the bear doesn't often come close to the house.  I waited a long time to get them on camera.
Posted by SmartAlex at 3:35 PM