I know what you did last summer...

So while I've been gardening, I'm sure you realise that my husband must be building things in the background. He has been working on landscaping the garden into the lawn. Thanks to the generous donation of these used patio pavers by my step-father, we have a lovely walkway along two sides of the garden. 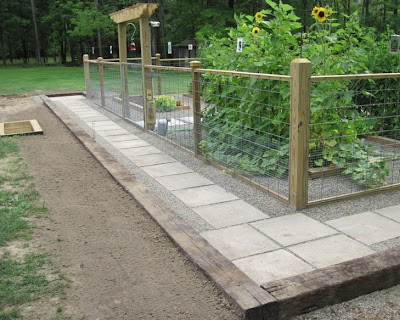 This makes it nicer to get back and forth to the neighbors, and to our far side yard. 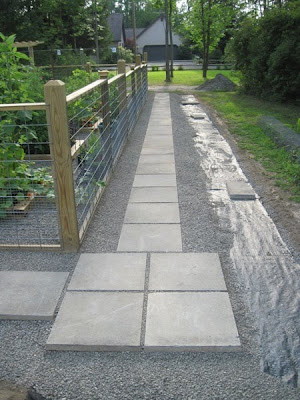 And then it turns towards the garden shed. Between the garden shed and the garden, we are planning a perennial vegetable bed for asparagus, rhubarb, horse radish etc which will surround the chicken run to be built on the coop side of the shed. Along that bank, is where the infamous line of stumps are buried. And wouldn't you know... 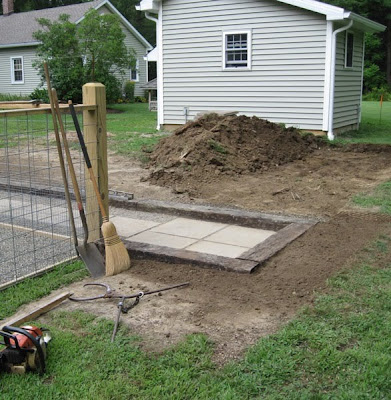 Right where Tim wants to put a set of steps... an overturned stump! And what's this? A cavernous void under it... Hey Honey, Look! A Root Cellar! 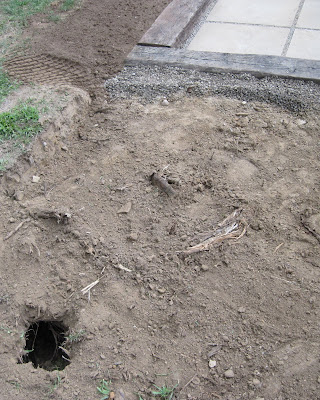 Tim always talks about all the money he's buried in this property. He's not talking about cash in Mason Jars. He's talking about tons of fill, hundreds of yards of gravel, thousands of feet of drain pipe and fittings, dozens and dozens of yards of topsoil to top it off. So here he is again, burying money in a big hole. 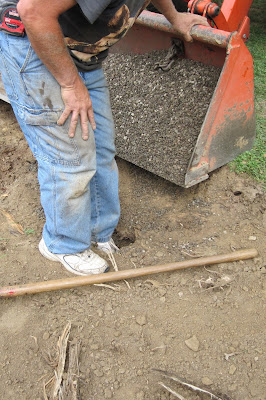 He always wants to know why I persist in taking all these pictures. Well, first and foremost, they are a great record of where everything is so we don't dig something up... like a stump. Or a drain line. But they are also a great record of how difficult this stuff can be, why it takes so long, and why he feels so tired at the end. Inevitably, sometime early winter, he will ask me "what did I accomplish this summer?" Then he will start wondering why his big garage has not been wired. Why his 1954 Ford car and truck are not running. Why the gas pumps he collected have not been restored, why the railing aren't up on the front porch... it goes on and on.

So, I will get out the pictures to refresh his memory about all the work this guy does practically single handedly. In the past 7 years, not only has he remodeled a one hundred and sixty some year old farm house from below the ground up to the top of the chimney. But, Honey, remember when this... 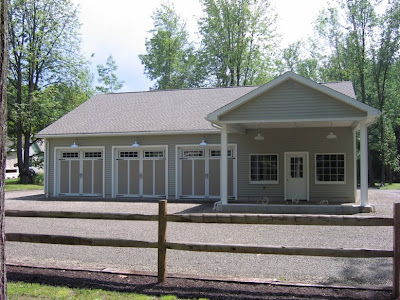 Have you forgotten the 143 large evergreens you cut that year? Or the 143 stumps you pulled with your backhoe? 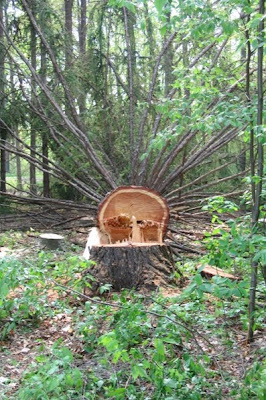 Do you remember how big some of them were? (no we didn't bury this one) 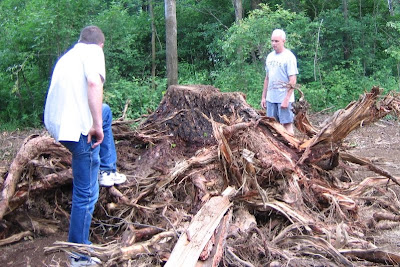 How about the long lines of branch piles waiting to be burned? 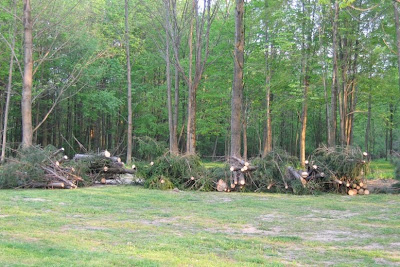 Or the brush fire of 2005 that burned for 7 weeks straight without having to be relit? 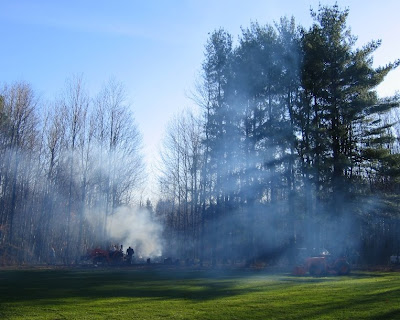 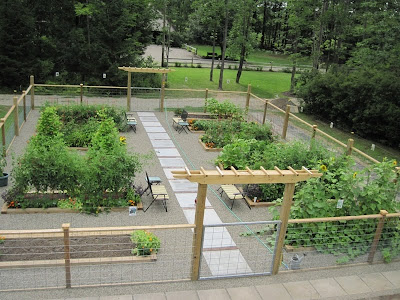 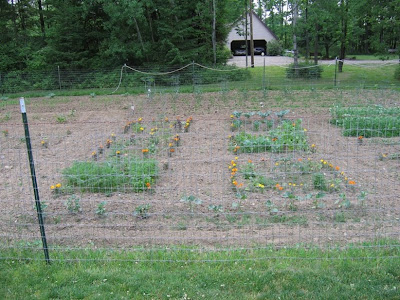 And last year when the chicken coop was still up on blocks, and the tank wasn't buried?

And the most telling points are the ones I don't get on film. Like this past Thursday when he went to get the railroad ties to start his project. He had put a 220' roll of no-climb horse fence on top of them. Rather than fling the fence off into the driveway, he carefully placed it in the tractor bucket, and oh so gingerly began to curl the bucket. At which point, the roll of fence jumped out of the bucket, bounced off the pile of ties, and landed on the far side in a thicket of poison ivy.

Tim climbed back into ivy, and flung the roll of fence off into the driveway. Then he loaded up one tie. Which was home to a nest of bees. Which stung him. Shortly thereafter, he found the stump.... Poison Ivy, Bees, Stump. All in a day's work.

So, yes Dear, you have, against great odds, accomplished something this summer. You've made your wife very happy.

Posted by SmartAlex at 8:48 PM