Let us pray for the well being of my lettuce...

I knew it was being sluggish.  I planted it in Mid-August and it hasn't changed a bit in weeks.  Last week, out of desperation, I transplanted it anyway to see if that would jolt it into growing,  I've been perusing my own blog and found this entry from Sept 18 2016.  Just look at those lettuce seedlings!  What gives? 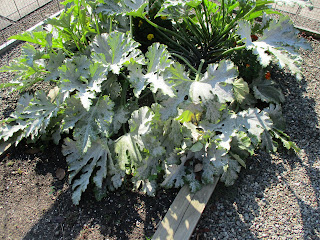 This is what tired out mildewed zucchini looks like.  I had been holding the mildew at bay for several weeks with Safer-Gro Mildew Cure which also worked really well on the pumpkin vies. 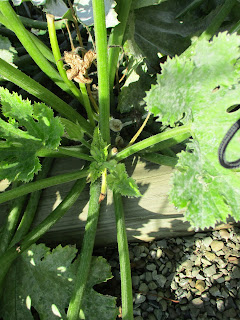 Over the past week the growing tip on one vine shriveled and let me know
there would be no more blooms. 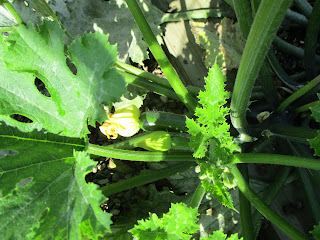 The other growing tip was still viable but sluggish.  But I don't need anymore zucchini.
So out they came. 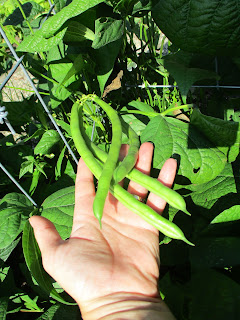 This is what you get if you ignore Jade Bush Beans for a few weeks.  They're monsters.  I'm using beans from the newer rows but I've still been too lazy to pull these plants out because I want them for compost and the compost tube is too full to accept them. 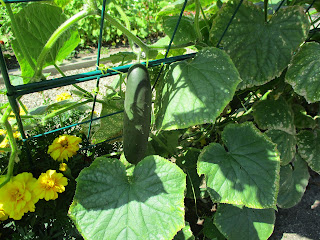 Yesterday I picked four cucumbers.  This one I'll leave on the vine a couple of days.  These late season cucumbers do not keep in the fridge as long as the summer ones. 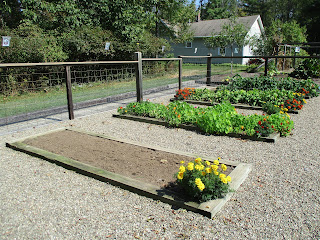 Yesterday one bed of corn stalks were removed.  That was a chore!!!
I cut the stalks and stacked them in a shock to store until I can process them for compost.
The roots I pried out with a fork.  Fun stuff 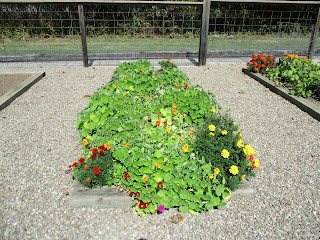 I removed the last of the tomato vines last weekend but I left the Nasturtiums which are just beginning to bloom again.  I've been collecting the seeds for next year.

Now - I have to get my butt out of bed, make breakfast, and get back to work.   I have a lot of perennials to move, ground cover to plant, shrubs to prune, bulbs to set out, a car to wash.....

Its the last day of Summer.  Make the most of it!

Posted by SmartAlex at 8:28 AM